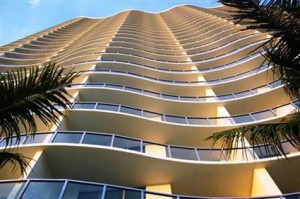 I don’t think you can call selling 53 waterfront condos in one day a flop. There was an auction last week that got a great deal of international attention.  Combined with pre-auction sales over the last eight weeks, the current owners of the Oasis project sold 53 condos by last Saturday. Think about it, in this market, 53 condos is a large number. The auction served a number of objectives, some of which are not easy to recognize, most of which were met. A big one was not. The developers got national attention to their project and for Fort Myers. On the Friday before the auction alone, there were over 600 people that toured the towers – IN ONE DAY! Here is what the auction accomplished:

There were many  “Coulda. Shoulda, Woulda” pundits that left with their checkbooks and no condo deal because they wrongly assumed that the developer was desperate and this auction was a bank sale. It was not. It was an auction to renew interest in the project, give it a jump start, and perhaps move 125 units if the developer’s price objective was met. The developer failed to get this message across  to the buyers, but understand, all these buyers had to be CASH buyers, this was not a normal arms length transaction where buyers get the chance to put financing together. All these buyers had to take a chance. Those that took it benefited from prices that I am sure will not be seen again.