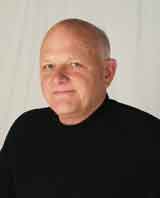 Steve Van hates being the pessimist, but he can’t help it. The CEO of Prism Hotels & Resorts says comparing the last two years of hotel distress to what’s coming is like comparing “a car wreck and a train wreck.”

He doesn’t see any other way to avoid the oncoming flood of CMBS maturities that originated in 2007, at the absolute pinnacle of the lodging industry, as well as a wave of costly property improvement plans now being mandated by franchise companies emboldened by strong operating results.

Van knows a thing or two about hotel distress. The Dallas-based hotel management company he founded in 1983 has handled more than 150 receivership assignments since 2000. It currently is acting as receiver at approximately 30 properties and Van believes many more are coming.

“How long can you hold your breath?” he asks of the extend-and-pretend strategy employed by many lenders and owners the past two years. “At some point you start getting brain damage.”

The delinquency rate on securitized hotel loans was at 14.12% through October, highest among all commercial real estate classes, according to Trepp, a New York-based analytics firm that tracks the commercial mortgage-backed securities (CMBS) industry. Van believes the number could reach 50% next year with all the loans coming due that originated in 2007 and earlier that were extended.

He’s not alone. At the Bloomberg Commercial Real Estate Summit in New York this month, hotel developer Robert Sonnenblick described the wave of CMBS loans coming due and the lack of replacement capital available as a “close-to-catastrophic problem.”

Van believes Prism will add approximately 25 more receivership assignments in the first quarter alone next year, tipping the scale of his portfolio of 55 properties to more short-term than long-term assignments.

The 33-year industry veteran with a law degree from Texas and author of the Hotel Default Blog recently discussed the oncoming train wreck, as well as his optimistic view of lodging fundamentals and the future of the industry.

Stoessel: Are you surprised we haven’t had more defaults and foreclosures to date?

Van: I kept thinking we’d have a tidal wave, but it’s been more a steady stream.

[BLOGGER COMMENT: In addition to the solutions outlined in this article out of the box solutions such as adaptive reuse need to be considered. As a commercial real estate advisory firm based in Florida we are in the epicenter of one of the three most devastated hotel markets in the nation. We are currently working with Florida-based developers seeking opportunities to buy hospitality assets for 20-50% of replacement cost with the business plan of completely changing the use of the asset. For more on our pursuit of socially conscious investments follow this link.]

Stoessel: But you expect that to change sooner than later?

Van: With all the tens of billions of dollars in hotel debt that is coming due next year because it originated in 2007 or because it was pushed back because of extend and pretend, there’s just not enough replacement capital out there.

There are two huge forces driving this: One is the loan maturities and the lack of replacement capital to repay them. Underwriting strategies have changed, it’s night and day from 2007 to 2012. A $50 million loan then is now a $30 million loan. And two, the brands: Bill Marriott is tired of giving two- and three-year hall passes on [property improvement plans]. Hilton, Starwood, really everyone is cranking this up.

All these owners are no longer owners in many cases and the mezzanine funds are. So who’s going to come up with that money for the PIPs? And if the Marriott flag comes off the building, its value just got cut in half.

Extend and pretend made sense the last two years, but everyone assumed the world would get better. That’s no longer true. Many will extend and pretend as long as possible, but many are out of ammunition and time. Many loans have limits in pooling and servicing and the time is up. Extend and pretend has been permitted by bondholders who are now saying we want our money. Who knows, 2012 could be more of the same. I did think this would happen in 2010 and 2011. But it’s not like things are rosy: We’re at an all-time high now on defaults. Compared to what’s coming, though, is like the difference between a car wreck and a train wreck.

Stoessel: If there’s this much distress out there and a tidal wave of foreclosures coming, this has to be the ‘buying opportunity of a lifetime’ we’ve been hearing about, right?

Van: I think so. Private equity has hundreds of millions of dollar raised and they haven’t really put it to use. They’re not going to do anything stupid. The capital always finds the opportunities.

I am a total optimist about the U.S. economy in the next five years. We’ve got all these incredible economic drivers—pharmaceuticals, robotics and technology to name a few. We’ll come out of this just fine. You want to be buying hotels the next two years. And you want to own hotels the next three to five years. Another huge factor for buying hotels: Inflation is a friend of this business. You can raise rates this afternoon, it’s not like an office building with a five-year lease.

Stoessel: If there’s a successful European bailout and a return of some significant CMBS lending, could the tidal wave be avoided?

Van: It will help. I’ve talked to a lot of special services lately and let’s say there was maybe 50 or 60 billion dollars of CMBS lending this year, and the most optimistic estimates are for 100 billion dollars next year. That will help, but not enough.

Stoessel: What about more traditional lending?

Van: Banks aren’t lending. Maybe on a Marriott in New York or San Francisco, but I just don’t see where the money will come from. And it’s anybody’s guess on what will happen in Europe. [Last week] was the first tremor of the earthquake. On the front page of the Wall Street Journal was a story saying Norfolk Southern Corp. decided not to do business with European banks. A huge company like Norfolk Southern? That’s what happens when banks start failing.

Stoessel: It’s a strange time in the industry with operating performance so vastly different from the real estate and capital sides…

Van: It’s a fantastic time to own a hotel if you’re not overleveraged. Those are the smart people in this business. Or if you can buy a hotel for 50 cents on the dollar. Those two groups will make a huge capital appreciation in the next five years.

I’m bullish on the hotel business in the next five years. It’s the hotel capital structure that’s so screwed up. Not the industry—it’s robust. If you’re not overleveraged, it’s great. Otherwise you’re toast. I bet the owners of half the hotels aren’t the real owner. If values have dropped 40%, how can they be?

Stoessel: So extend and pretend could work for those owners and lenders still able to?

Van: If you can hang on, it’s the smart thing to do. I have never seen a time in the hotel real estate business so affected by things not in the hotel business. The Greek bond market? Who ever would have thought we’d be talking about that? It’s such an integrated world economy now. The industry fundamentals are great: rates, business travel, demand is increasing, international travel. But it’s so important to have a healthy capital structure in your hotel.