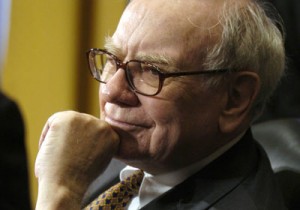 In 2000, Berkshire Hathaway and other investors paid roughly the same amount to purchase MidAmerican Energy Holdings. MidAmerican entered agreements to acquire the 550-megawatt plant on the Carrizo Plain, one of California’s last large expanse of prairie, according to this afternoon’s press release.

“Adding solar energy to our generation portfolio is a strategic move to invest in yet another renewable energy source,” said Greg Abel, chairman, president and CEO of MidAmerican.

“As energy needs continue to increase, the Topaz project will allow MidAmerican to produce renewable energy for thousands of Californians. This project also demonstrates that solar energy is a commercially viable technology without the support of governmental loan guarantees and reflects the type of solar and other renewable generation that MidAmerican will continue to seek to add to its unregulated portfolio.”

[BLOGGER COMMENT: The greatest individual investor in history has entered the solar industry as an investor! Hallelujah! Validation of our business plan to enter the renewable energy industry in 2010. To Buffett solar is just another “black box” cash flow machine like the Buffalo News or GEICO.]

Famous for wildflowers and rent by the San Andreas Fault, the Carrizo Plain is home to a national monument, reintroduced pronghorn antelope, and several threatened species including the San Joaquin kit fox and the antelope squirrel.

The project’s original developer, First Solar, has agreed to construct and operate the Topaz project. Construction began in November 2011 and is expected to be complete by early 2015.

Pacific Gas and Electric Company has signed a 25-year agreement to purchase electricity from Topaz, helping the utlity meet a state mandate to generate 33 percent of its power from renewable sources by 2020.