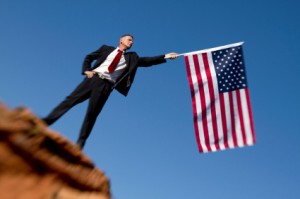 [This is a key announcement from the International Council of Shopping Centers (ICSC) on a topic that has been frequently written about on this website.]

ICSC is pleased to report that the Tax Relief, Unemployment Insurance Reauthorization, and Job Creation Act of 2010 (H.R. 4853) is on its way to the White House for signing and does not include the carried tax increase on real estate partnerships. This achievement is a direct result of the tireless grassroots efforts of ICSC membership in successfully lobbying Congress to oppose the largest tax increase on real estate since 1986.

Last night, by a 277-148 vote, the House passed the Senate version of the tax bill, an $858 billion package that combines a two-year extension of the Bush tax cuts for all taxpayers, a seamless extension of a package of expired/expiring individual and business tax provisions – including the15-year-depreciation of restaurant, retail and leasehold improvements, brownfield remediation and New Markets tax credits.
The bill also includes an estate tax plan with a $5 million per-individual exemption and 35% rate, 100% expensing for capital investments beginning Sept. 8, 2010 through 2011, a 2% payroll tax reduction for 2011, and a 13-month extension of unemployment benefits.
Build America Bonds and an extension of the deferral provisions for income associated with the Cancellation of Debt (COD) were not included in the package. In addition, a repeal of the 1099 reporting provisions (which were included in the health care reform law) was omitted from the legislation that passed last night.

Key elements of the tax package include:

Note: This is content originally posted by ICSC – visit their site at http://icsc.org/