There is a classic scene in the 1979 movie The Jerk starring Steve Martin where he is asked, “what I win?” while working at the carnival’s “Guess Your Weight” booth… watch it here:

This clip is my metaphor for how the commercial real estate finance markets have operated since the Fall of 2008. The lending box shrunk smaller and smaller as a dwindling number of solvent lenders allocated capital to only the very best quality properties situated in irreplaceable locations in transactions sourced from only the most august sponsors. Equity rich investors such as REITs were one of the few borrowers that could qualify for an ever decreasing pool of mortgage capital at ever decreasing amounts of leverage. Loan requests that did not fit in the “new box” based on the heightened underwriting requirements were rejected.

As we start the first month of 2011 I’m pleased to say that I’ve been contacted by more commercial real estate lenders lenders in the last 30 days than the previous 30 months combined! The great news is that trillions of dollars of capital that has been sitting on the sidelines for too long is ready to jump back into the market at the new, much lower cost basis. Deals are being underwritten by capital providers using much more realistic criteria than in the Dark Days of 2009-2010. The lending box is now much bigger.

For commercial real estate investors/developers/sponsors that have survived to this point and need access to capital the answer to “what I win?” is a loan at historically low rates at leverage levels approaching 75 to 80% or possibly up to 90% with a layer of mezzanine financing.  Isn’t that better than an eraser or box of Chicklets? 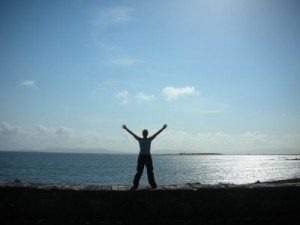